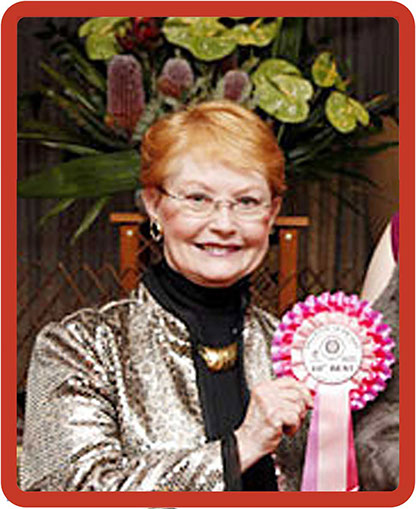 Approved CFA All breed Judge since 1968.

Memer of the CFA Board for 20 years, 12 of which was as Vice President and CFA Judging Program Chairman. Past President of the CFA Judges Association, Current Chairman of the Breeds Awareness Comittee and member of the Abyssinian Breed Council. Have served as Secretary of the Abysssinian Breed Council. Have bred and/or exhibited Abyssinians which included 2 Cats of the Year, Siamese, Persian, American Shorthair and Scottish Fold, 2 Folds became CFA National Winners in 2003 and 2004. Active in conducting grooming schools, working with the CFA Junior Showmanship Program with children and promoting pedigreed breeds to the general public through t.v. program and the new media.